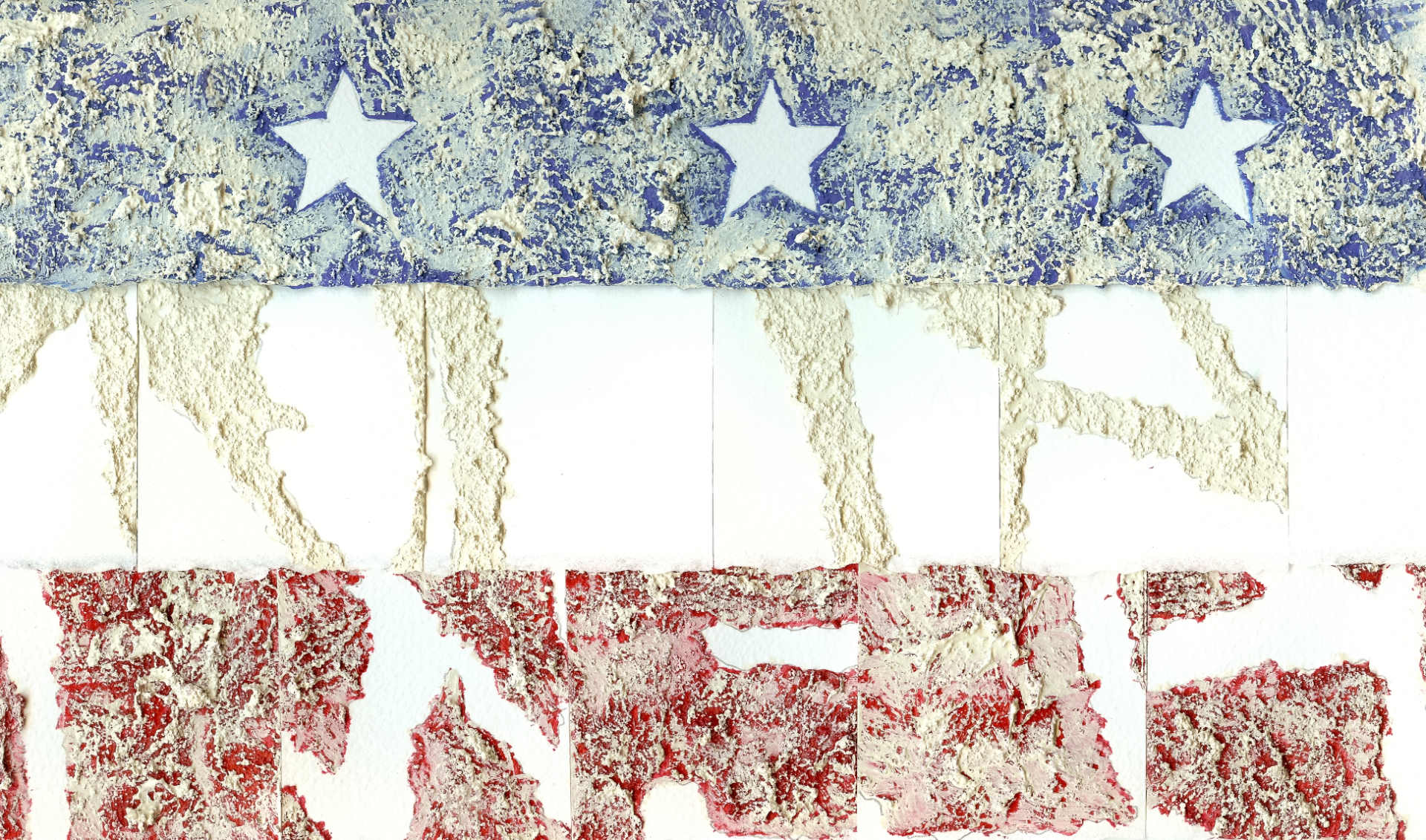 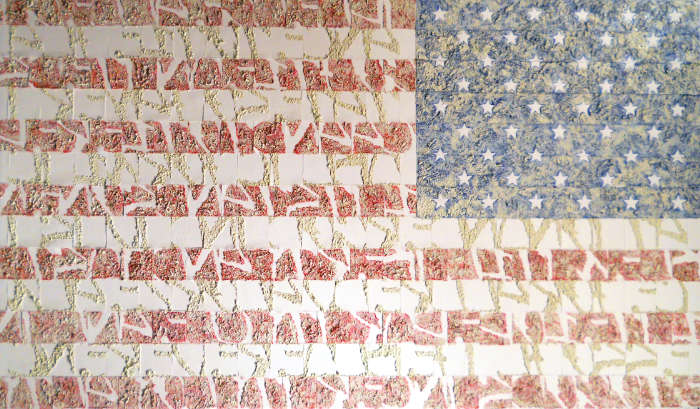 The first second of the new America

It took me 10 years to create a meaningful visual response to the 9.11.2001 attacks on America. A native of New Jersey, the twin towers of the World Trade Center in New York City, the Pentagon in Washington, DC and the pasturelands of rural Pennsylvania were all too familiar landscapes in my life.

We Americans are harmed but not defeated; we are a prideful, resilient people. Our national symbol exudes reasoning for each color and design element.

The English language utilizes ancient Arabic letterforms and numbers. This links our cultures in their most basic, fundamental methodologies of communication. Typography used was created especially for this painting.

The flag faces backward to invoke the historical role of a flag-bearer leading a charge into battle.